The Pattaya gay scene runs the gamut from the rather sleazy go-go bars of Boyz Town near central Pattaya to the country's only really gay beach. The gay scene itself is still heavily commercialized. Although there are go-go clubs and "host" bars dotted all over town, most gay venues are located in one of three centers. The oldest and easiest to find is Boyz Town, located around Pattayaland Soi 3 just off Pattaya 2 Road. You'll find two of the exclusively gay hotels here, the Ambiance and Le Cafe Royal, as well some of the few non-commercial bars where you can drink in the scene without having to pay for the company of a host. The second cluster of venues is Senee Plaza further south on the opposite side of Pattaya 2 road. Senee Plaza largely caters to those looking for "younger" companionship. Finally, there's the newest area, in Jomtien Complex not far from the gay beach.

The Gay Beach at Pattaya / Jomtien

Jomtien is a long sandy beach on the other side of a mountain that forms the headland at the South end of Pattaya Bay. The "gay section" starts where the beach road turns away from the beachfront and extends up to the Pattaya Park hotel at the base of the mountain. The experience here is somewhat unique, combining the natural attraction of the ocean with the ambiance of a sidewalk cafe. The beach is divided into sections about 30 feet wide, each run by an individual concessionaire who provides beach chairs, towels and at least some food and drinks. The most popular sections for gay visitors are the ones in front of Tui's Place as well as the section in front of the White House guest house and restaurant.

There are also vendors wandering up and down the beach selling fresh pastries, fruits and ice cream, as well as trinkets, newspapers, henna tattoos and many other things. In addition you'll get many offers of a traditional Thai massage from masseuses working on the beach. These are generally licensed and appear to be safe. Some of them also seem to promise what are euphemistically called "value added services." There are usually also some old ladies offering manicures as well.

The water here is warm and relatively clean. The beach flattens out just below the high tide line, so the sea remains quite shallow for several yards. The waves are generally only two to three feet, so there's no surfing. Some people do swim, although you have to keep an eye out for the odd Jet Ski or wind surfer who strays inside the buoys. It seems that a lot of people just come for the fresh air and scenery -- where the scenery includes not just the ocean but also the parade of buff Asian men strolling up and down the beach.

There are many hotels in Jomtien. If you'd like to be as close to the gay beach as possible, we suggest the gay-friendly Rabbit Resort, which is right on the beach, right in the middle of the gay section. The resort consists of several individual cottages built in a traditional Thai style but with all the modern amenities. The gay owned The Venue is a short 10 minute walk from the beach.

Pattaya Pride Festival
The Pattaya Gay Festival is one of the country's more successful pride events. There are events going on all year round, culminating in a big bash in Boyz Town at the end of November.
Gay Affairs Pattaya
News and information on Pattaya for the gay traveller. Good maps and a fairly good diary of events.

Purple Dragon
The guys at Purple Dragon specialize in personalized travel throughout Southeast Asia. Choose from a variety of base packages that you can add special side trips to for a one of a kind vacation experience. 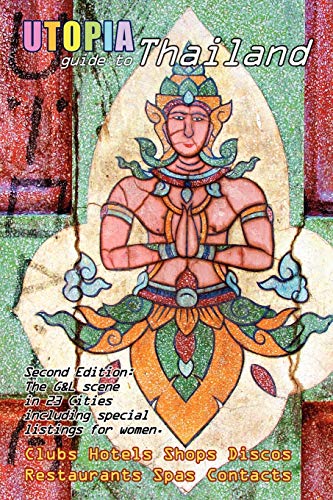 The Venue
Small property well located in the Jomtien Complex, a short walk from the gay beach.